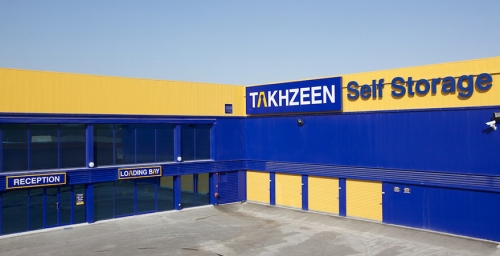 TAKHZEEN, Bahrain’s only self-storage facility, announced an investor cash distribution of US$ 1 million, equivalent to 8.4 percent of unleveraged return of TAKHZEEN’s paid-up capital. The company board also announced a shift towards using green technology in its operations.

Talal Al Mulla, Managing Director of TAKHZEEN said, “This year stands as further testament to such growth with TAKHZEEN maintaining occupancy rates of well over 80 percent, surpassing our half-yearly forecasts for 2020.” He said TAKHZEEN to date has returned US$ 3.75 million to its investors.

On Green technology, Al Mulla said its green initiative is based on the installation of grid-tied solar panels at its Hidd location. “Once installed, the rooftop panels will cover 100pc of TAKHZEEN’s electrical requirements and feedback into the national grid.”

He added: “the utilization of solar energy is a means to reducing our carbon footprint, effectively lowering operational costs, as well as ensuring we are part of the nation’s push for a sustainable future.” TAKHZEEN is currently working through local permit processes to begin the project within the coming months and see its completion before the year-end.

Al Mulla indicated the prospect of expanding solar capacity once this initial stage of development is completed. Established in 2012, TAKHZEEN is a 20,000 square meter facility whose main business centers on providing self-storage options for both individuals and businesses.