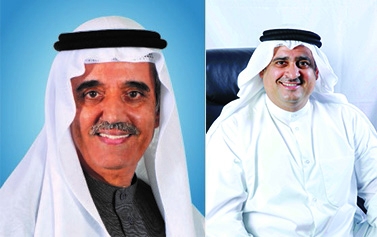 During its Annual General Meeting for the financial year 2019 held at the Company’s Head office in Seef District on Wednesday 25 th March 2020, Shareholders of Bahrain Kuwait Insurance Company (BSC) approved the Board of Directors’ recommendation to distribute a cash dividend of 15% (BD 2,140,349) of the paid-up capital, excluding treasury shares.

Mr. Murad Ali Murad – the Chairman stated in his report the challenges being faced by the insurance industry during the year 2019 and the importance of using technology to keep pace with modern developments in the field of insurance.

He also added that business plan for the next three years has been approved by the Board, aiming to increase productivity in addition to maximizing investment income and cost-saving in order to maintain the leading position in the insurance market in the Kingdom of
Bahrain.

Mr. Murad Ali Murad explained the rationale behind the decrease in the company's profits compared to the year before. The following extraordinary expenses/provisions incurred by the company during the year, say (1) VAT on UPR of policies issued in 2018 and in force in 2019 which were not collected from customers (2) the compensation paid to the employees on the voluntary early retirement program (3) the increase in technical reserves based on the external actuary’s recommendation report.

Mr. Murad added that that the international rating agency A.M. Best has affirmed the credit rating of the company “A- with stable outlook” after reviewing the company’s performance in 2019. This rating reflects the company’s stability and the ability to meet all its financial obligations.

Mr. Ebrahim Alrayes – the CEO said that the fierce competition in the market has become a major concern for companies operating in the sector, especially in the motor and medical insurances. As for the financial results, the company achieved net premium revenue of BD 33.3 million, compared to BD 31.7 million in the previous year, recording a growth of 5%. The loss ratio also improved, as it decreased from 76.8% to 73.6%. It reflected positively in technical profits which increased by 14% from BD 1.95 million in 2018 to BD 2.22 million in 2019.

On the other hand, Mr. Alrayes mentioned that the company gives great importance to the development within the company, whether through training of individuals or through developing services and finding new products. As for the future outlook, Mr. Alrayes said that despite the instability of political and economic conditions in the world in general, we expected the company to achieve better results considering the fact that in 2019, it incurred some extraordinary expenses and an increase in insurance reserves that had a direct impact on profits.

In addition, the company’s business plan aims towards limiting the increase in expenses. However, we must take into account the impact of the outbreak of COVID 19 in the global economy in general and Bahrain in particular.