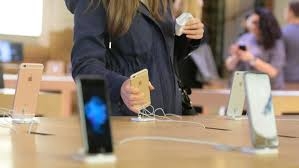 France’s consumer watchdog said yesterday that Apple had agreed to pay 25 million euros ($27.4 million) for failing to tell iPhone users that software updates could slow down older devices. The scandal erupted in December 2017, when the US tech giant admitted that its most recent iOS software was slowing the performance of older telephones whose battery life was deteriorating.

Critics accused the firm of surreptitiously forcing users to buy phones sooner than necessary, and the outcry forced Apple to upgrade its software and offer steep discounts on battery replacements. French prosecutors opened an inquiry in January 2018 at the request of the Halt Planned Obsolescence (HOP) association.

“IPhone owners were not informed that installing iOS updates (10.2.1 and 11.2) could slow down their devices,” the DGCCRF anti-fraud agency said in a statement. “This is a historic victory against scandalous ready-torubbish practices, for consumers as well as the environment,” HOP co-founders Laetitia Vasseur and Samuel Sauvage said, adding that they will consider filing claims for additional damages for iPhone clients.

Apple said it welcomed the accord with the DGCCRF, which will allow it to avoid a potentially embarrassing public trial. “Our goal has always been to create secure products appreciated by our clients, and making iPhones that last as long as possible is an important part of Apple didn’t tell buyers that updates could slow down their iPhone that.”