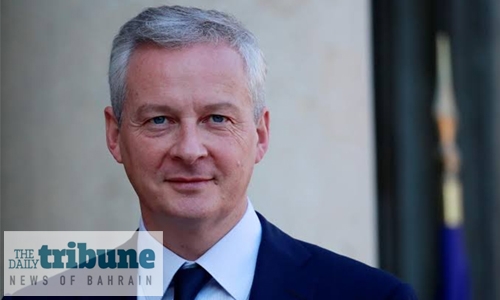 French economic growth should come in at 1.3 per cent for both 2019 and 2020, the country’s finance minister, Bruno Le Maire, told Le Journal du Dimanche newspaper in an interview.

Le Maire said France had a “good and solid” economic outlook, in spite of global trade tensions and a possible hit caused by a wave of strikes held in protest against government plans to change France’s pension system.

Much of France has been crippled by a national transport strike since the pensions protests began a month ago. Another big nationwide demonstration is due on Jan. 9.

President Emmanuel Macron has said reforms are essential to simplify the convoluted pensions system, but his opponents say they will lead to many French people having to work for longer.