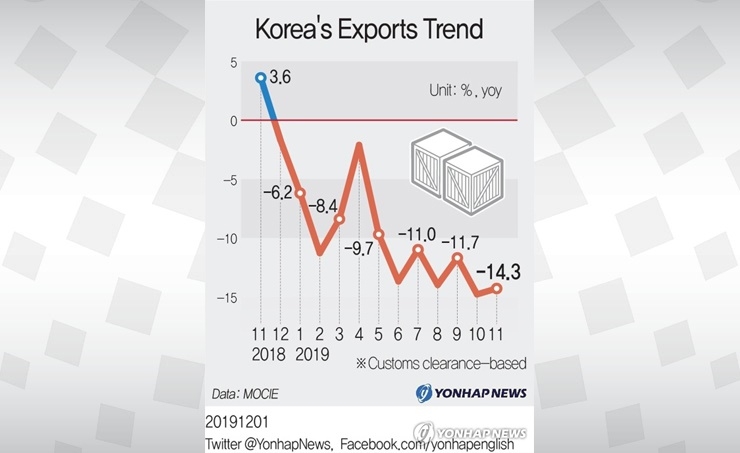 South Korea's exports slipped 14.3 percent in November from a year earlier to extend their slump to a 12th consecutive month, data showed Sunday, amid the protracted trade row between the United States and China, and an extended slump in chip prices.

But the surplus marks a 27.8 percent fall from a year earlier, the data showed.

The latest figures marked the longest drop since the 19-month consecutive decrease seen from January 2015 to July 2016.
Exports also posted a double-digit decline for the sixth consecutive month since June this year, data showed.

South Korea's overall slump in outbound shipments was attributable to the weak global prices of chips and petrochemical products, the ministry said. The ministry also said there were fewer working days in November than a year earlier.