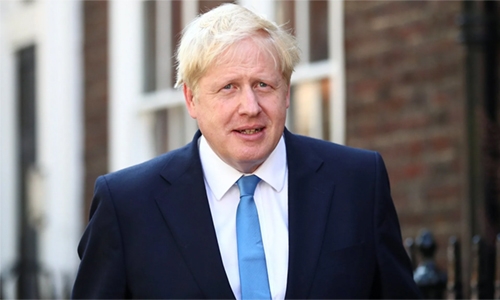 British Prime Minister Boris Johnson set out plans yesterday to end preferential treatment for European Union migrants, as opinion polls showed his Conservative Party has the highest level of support since 2017 ahead of next month’s election.

The Dec. 12 election was called to break the deadlock over Brexit, more than three years after the country voted narrowly in favour of leaving the EU in a 2016 referendum. Johnson hopes to win a majority to push through the last-minute Brexit deal he struck with the EU last month, while opposition Labour leader Jeremy Corbyn has promised to renegotiate the exit agreement and then hold another referendum.

Setting out their post-Brexit immigration policy, the Conservatives said they would treat EU and non-EU migrants the same from January 2021, including a five-year wait to obtain welfare payments and a surcharge to access health services.

The Conservatives lead Labour by 10-17 percentage points, four polls late on Saturday showed. Both parties are expected to publish their election manifestos this week. Corbyn and Johnson are due to go headto-head in their first televised debate on Tuesday evening.