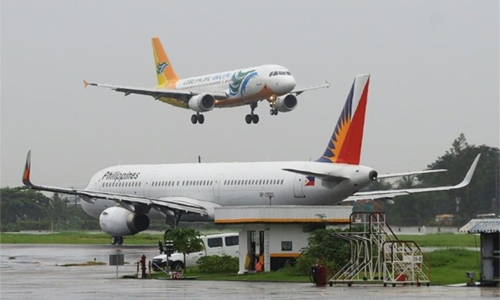 The carrier will use the new planes for both domestic routes and Asian destinations, as well as long-haul flights to Australia and the Middle East where millions of Filipinos work overseas. The new aircraft are scheduled to arrive between 2021 and 2024. Once fully delivered, the jets will replace the current A330ceos in the airline’s roster.

“The A330neo aircraft is integral to our fleet modernization program,” Cebu Air president and chief executive Lance Gokongwei said in a statement. “With this purchase we aim to reduce our fuel emission and build a more sustainable operation,” he added. The Philippine carrier has a fleet of 74 planes, most from Airbus, and has received eight new aircraft this year, the majority of them also Airbus planes.

The airline flies to 37 domestic routes and 26 international destinations. It claims to have “one of the youngest fleets in the world”, with an average age of five years. The order comes as the budget airline flew more than 20 million people in 2018, up three percent year-on-year.

Air travel in the Philippines has significantly grown, but the nation’s airports have struggled to keep up. Cebu Air’s larger aircraft will allow the carrier to cope with Manila’s congested airport and limited slots.