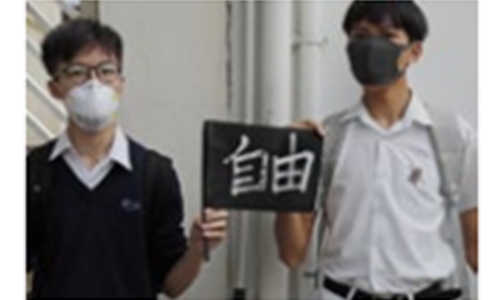 The ratings agency Fitch yesterday cut Hong Kong’s credit rating and warned that conflict with anti-government protesters was hurting the image of its business climate.

Events in the Chinese territory have “inflicted long-lasting damage” to Hong Kong’s image and “called into question the stability and dynamism of its business environment,” Fitch Ratings said in a statement. Fitch cut the government’s credit rating for foreign currency borrowing to AA from AA+, with a negative outlook.

It said the territory’s creditworthiness was strong but was “at risk of being further eroded.” The reduction is a new blow to Hong Kong officials who are trying to reverse an economic downturn in a major financial and trading center amid anti-government protests that erupted in June.

UK PM says he will not contemplate resigning