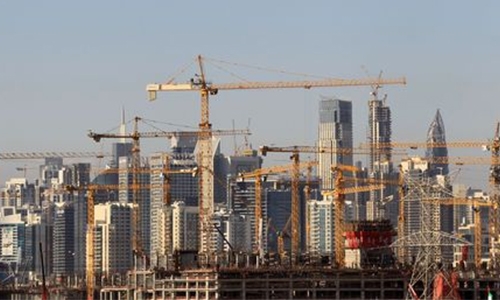 Dubai’s ruler announced yesterday the creation of a panel to address a glut in the property market, a key part of the economy. The committee charged with rebalancing the industry will be headed by Sheikh Mohammed bin Rashid Al-Maktoum’s son and deputy, Maktoum bin Mohammed, and include representatives of top property developers in Dubai.

“Today, we formed in Dubai a higher committee for real estate planning... with the aim to achieve a balance between supply and demand,” Sheikh Mohammed, who is also prime minister of the United Arab Emirates, said on Twitter. Dubai’s property market has been in a downturn since mid-2014, with sale prices and rents shedding around a third of their value.

Economic outlooks indicate that the sector, which contributes some seven percent to Dubai’s gross domestic product, will slump further due to the extent of oversupply and an economic slowdown caused by low oil prices. Sheikh Mohammed called on the committee to ensure that property projects add value to the economy and do not duplicate each other.

He also said the panel should guarantee that giant semi-state real estate companies do not compete with private sector developers, and to draw up a 10-year strategic plan for the sector.

Over 30 trapped on burning boat off California, many feared dead