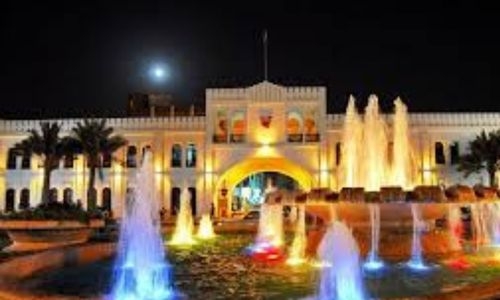 The Kingdom of Bahrain offers a unique island setting, exciting events, and a cosmopolitan society with rich history and culture.

It encourages tourists to visit and experience the country and has, in fact, allowed the Kingdom to progress its economic strategies by adapting specific focuses to its hospitality and entertainment options.

Definitely, options are plenty. But many people had told The Daily Tribune that the Souqs here interest them more.

The reasons are plenty.

Shopping can be one among them, to which the shopkeepers here enthusiastically agree.

For example, the warren of narrow streets and alleyways of the Manama Souq famously offers everything from electronic goods, traditional clothes and antique items to spices and even Arabian carpets.

Many also say they enjoy wandering through the bustling streets that still evoke the atmosphere of an ancient Souq.

To find out more, The Daily Tribune talked to several shopkeepers here.

“Tourists are crowding the streets of Souq in great numbers these days and are super interested in buying traditional clothes, antique items and Arabian carpets,” confirmed several.

Nehal, assistant manager of Malabar Gold and Diamonds, told The Daily Tribune: “There has been a surplus of tourists around the Manama area, and many shopkeepers in the Souq have seen an increase of tourists throughout the shops ranging from many different countries.”

Nehal emphasized that he noticed many tourists scouring the Souq for traditional Bahraini items and products.

“Antiques and magnets containing a Bahrain logo or flag were the main items tourists took interest in.” Further explaining, Nehal said: “Even if the tourists are not directly purchasing items, I have noticed many tourists arriving on shuttle buses and then being taken through the Souq.

Many of the tourists arriving at the Souq come on cultural trips and get to experience the different products available that are traditional to Bahrain, which allows the tourists to experience Bahraini hospitality and culture, which is great.”

They explained that only a couple of agencies are there to deal with the tourists arriving in Bahrain. 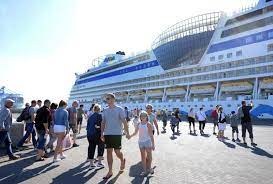 Furthermore, many agencies reported that because of this, they are yet to see a good increase in packages and tours.

Last month, The Bahrain Tourism and Exhibitions Authority (BTEA) announced the arrival of three cruise ships at Khalifa Salman Port from December 26 to 28, which carried over 11,000 tourists.

However, several agencies reported that more cruise ships should dock in the Kingdom, and this is when more agencies and tour groups would see an increase in tour packages, which is luckily a part of the tourism plan and strategic focus.

According to Bahrain Tourism and Exhibitions Authority, the cruise industry adds significant value to the tourism sector, as they aim to focus their strategy on the main pillars such as entertainment, shopping centres, hospitality, hotels, and other industries.

BTEA reported that developing these pillars furthers the status of Bahrain as a popular tourism destination and will encourage various nationalities to explore the culture and the rich heritage of old history and civilization of the Arab Gulf.