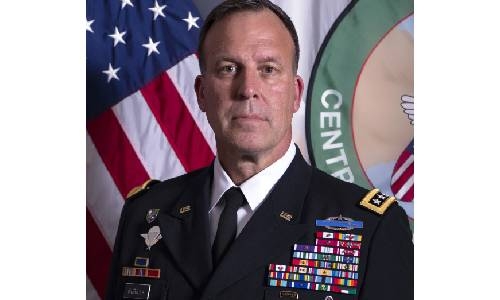 The US Central Command is constantly monitoring the threat streams in the region and continues to see Iran as the biggest threat to regional security and stability, said General Michael “Erik” Kurilla, US CENTCOM Commander.

In an exclusive interview with The Daily Tribune, General Kurilla said Tehran furnishes weapons, supports, and offers direction to proxies across the region who engage in acts of terror and undermine local governments, all advancing Iranian interests.

“The task force works closely with members of industry and academia, as well as other experts, to provide operator feedback and help drive the innovation process forward. Some AI-based systems are currently contributing to daily operations enhancing maritime surveillance.”

When asked about the recent horrifying blast in Turkey and Ankara’s allegations against the US, the CENTCOM Commander referred to the US State Department stance on the matter. “The United States urges an immediate de-escalation in northern Syria.

We are deeply concerned by recent military action that destabilize the region, threatens our shared goal to fight ISIS, and endangers civilians and US personnel. “We understand Turkey has legitimate security concerns regarding terrorism. At the same time, we have consistently communicated our serious concerns about the impact of escalation in Syria on our D-ISIS goals and on civilians on both sides of the border. We express our sincere condolences for the loss of civilian life that has occurred in Syria and Turkey.”

“As public servants, we uphold the Department of Defense’s longstanding tradition of remaining apolitical as we carry out our official responsibilities. We provide our best advice to the President and implement the directives of the Commander in Chief regardless of who is in office. I will continue to faithfully discharge this duty.”