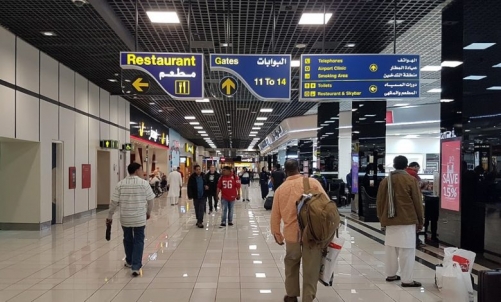 As part of efforts to prevent human trafficking and unlawful entry of foreigners into Bahrain, the airport authorities have stepped up measures by enforcing strict rules and norms.

It is learnt that tens of people, who arrived at Bahrain International Airport on visit visa, were forced to return home after failing to adhere to new rules.

Gulf Air earlier circulated a message stressing the new rules, according to which, a visit visa holder must have an globally-accepted credit card or must possess BD50 per day for his/her stay in the Kingdom.

The Kingdom provides tourist visas, which can be obtained online by presenting a bank statement with a minimum account balance of BD300. The visitor should also present return tickets as well as documents of hotel booking.

And people visiting their family members must present a copy of the resident’s CPR along with copies of power/ water bills. The Daily Tribune earlier reported on illegal employment of people, who arrive in the Kingdom on visit visas, and pose a serious threat to the Kingdom’s labour sector.

According to sources, there are many fraudulent agents across Africa and South Asian countries including India, Pakistan and Bangladesh, who “trick on innocent, uneducated clients” into believing that they are buying a job visa having legal authenticity to work under any employer in the Kingdom.

The Daily Tribune has learnt that under the pretext of handing over employment visas “visit visas are sold to many youngsters taking amounts ranging between BD700 and BD1,200 from them”. Social workers say that the majority of victims only realise the fraudulent act after reaching the Kingdom on a visit visa.

“However, after falling victim to the scammers they have no other option other than returning home or continuing their stay in the Kingdom as an illegal resident.” Majority of the victims are unskilled workers.

“Almost all South Asian and African cities are flooded with fake recruitment agents, who offer visit visas in the name of employment visas to innocent unskilled workers, who pay them huge amounts in their currencies. This is operated by a big racket across South Asian cities.”

Earlier, speaking to The Daily Tribune, social worker Gangan Trikaripur said majority of the victims are unskilled workers belonging to the hospitality and construction sector. “Owing to poor financial situations mainly caused by the pandemic, many expatriates are trying to obtain jobs in Gulf countries including Bahrain.

They get in touch with many fake recruitment agents through social media platforms and are conned out of money.” There are also fears among the citizens and residents in the Kingdom about the risk of infectious diseases as there are no medical checks performed on those coming under visit visas.