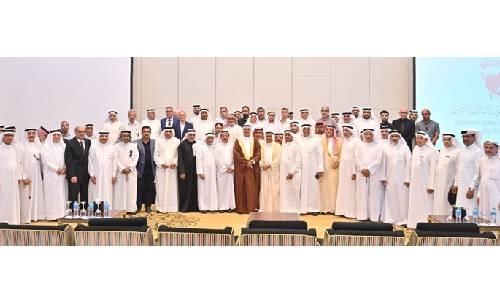 Bahrain has been and will remain a beacon of religious freedom, guaranteeing the exercise of religious rites for all, said Justice and Islamic Affairs Minister Nawaf bin Mohammed Al-Maawda.

The minister was addressing a meeting with the Jaffari Endowments Council and heads of ma’atams (community centres) and Hussainiyas from various governorates. The minister also commended the efforts of His Majesty King Hamad bin Isa Al Khalifa, and His Royal Highness Prince Salman bin Hamad Al Khalifa, the Crown Prince and Prime Minister, for the smooth organisation of the Ashura Commemoration.

Chairman of the Jaffari Endowments Council, Yousif bin Saleh Al-Saleh, thanked HM the King and HRH the Crown Prince and Prime Minister, for their constant care and respect for all religious occasions, particularly Ashura.

Al-Saleh also commended the efforts exerted by the Ministry of Interior to ensure security and protect national achievements, as well as those of the Justice Ministry to take care of houses of worship and various religious rituals.