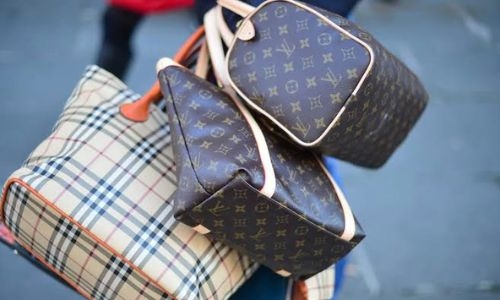 A trader found guilty of importing fake fashion products was ordered to destroy them in a verdict passed by the High Administrative Court. Police found 215 replicas of a famous brand from the trader during an investigation in a lawsuit filed by the original brand owner.  The confiscated items, according to investigators, were replicas of a reputed brand and would easily confuse buyers due to their quality.

The police action followed a complaint filed by the brand owner against the trader. The complainant also requested to ban the products from entering the Kingdom and destroy the seized products at the trader’s expense as per Article 38 of Law No. (6) of 2014 in line with the Trademarks Law (Regulation) of the Cooperation Council of the Arab States of the Gulf. In a report to the Court, Customs officials said the defendant brought counterfeit products carrying a trademark owned by the plaintiff.

The defendant also failed to attend the hearings to refute the claims against him, court documents said. Citing the report, the Court said it is ruling in favour of the plaintiff and orders the defendant to items at his own expense.” What the Article 38 says? Article 38 of the trademark law states that a trademark holder can request the customs to stop the release of such goods and not allow them to trade, which he believes bears a mark similar to his brand in a way confusing the public. Such application should accompany evidence to convince the Competent Authority in customs that there is infringement.

Recent reports say that the global anti-counterfeiting packaging market size was valued at USD 104.5 bn in 2018 and would reach USD 189.9 bn by 2026, exhibiting a CAGR of 7.8% during the forecast period.