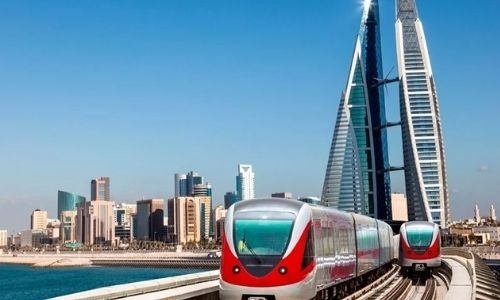 Eleven companies are in the fray for a pre-qualification tender for Bahrain Metro phase one issued by the Ministry of Transportation and Telecommunications. Bahrain Metro Phase One Project comprises two lines with a total length of 29 kilometres and 20 stations, which will operate on two lines.

The first line will connect Airport to Seef District, while the other line will connect Juffair to the educational area in Isa Town. The proposal is to develop a state-of-the-art Metro system which is fully automated, driverless and with modern technology following international standards.

he tender had called for applicants to submit a detailed Application by the PQA Submission Deadline. Based on the MERs and other considerations, Pre-Qualified applicants will get an invitation to participate in the next stage. MTT has said that it is looking forward to completing the project as an integrated public-private partnership through a two-stage process comprising Pre-Qualifications followed by the main tender.

The ministry is also working on studying phase two of the project by linking the King Hamad International Passenger Station in the Ramli area with the Sports City and Bahrain International Exhibition and Convention Centre in the Sakhir area with a total length of 18 km, including five stops. Earlier, Kamal Ahmed, the Minister of Transportation and Telecommunication, said, “The Bahrain Metro Project is one of the most important land transport projects providing a new sustainable model of transportation in the Kingdom, aiming to achieve Bahrain Economic Vision 2030.

The project is part of the strategic projects plan and comes as a part of the government’s priority projects that are worth more than US$30 billion. The plan to develop an integrated public transport network will raise the efficiency of transport services in the Kingdom.”