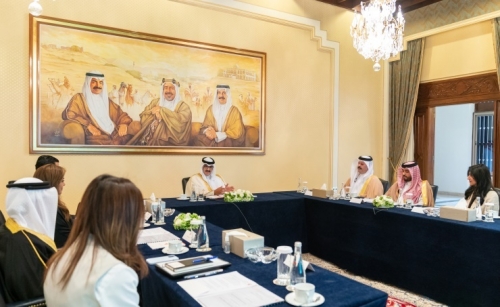 Creating quality educational opportunities for Bahrainis will support them in realising their potential and playing a key role in Bahrain’s development.

HH Shaikh Isa noted that Bahraini citizens are the Kingdom’s most valuable resources and stressed the importance of continuing to invest in their education in support of the Kingdom’s comprehensive development goals, led by His Majesty King Hamad bin Isa Al Khalifa.

His Highness expressed his appreciation for the Royal Order issued by HM the King restructuring the Board of Trustees, and His Highness congratulated the new members of the Board on their appointment, wishing them every success in their duties.

His Highness highlighted that the Isa bin Salman Charity Educational Endowment was established to provide Bahrainis the opportunity to continue their academic journeys and fulfil their ambitions through higher education.