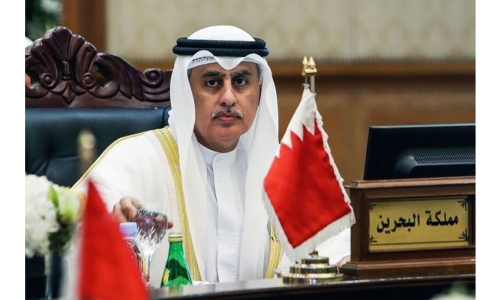 If talks progress as expected, the UK and GCC nations will sign a trade deal before the end of this year.

Zayed bin Rashid Al Zayani, the Minister of Industry, Commerce and Tourism, confirmed this during an interview with Bloomberg TV yesterday.

“We’re hopeful we could get something done by the end of this year or the middle of next year,” the minister said.

If the deal materialises, it could hugely benefit both sides as the UK looks to flex its muscles following Brexit.

Bahrain, Al Zayani said, is also aiming to boost the contribution of tourism to 11.4% of economic output by 2026, up from about 7%, while boosting visitor numbers to 14.1 million a year.

Al Zayani said the block, which includes Bahrain, Saudi, UAE, Kuwait, Oman and Qatar, is eyeing a comprehensive deal that could help boost trade with the United Kingdom.

The UK kicked off the process in October, with the Gulf becoming its latest post-Brexit trade target as it seeks to deepen economic ties beyond the European Union.

British trade with the GCC was worth about 45 billion pounds ($61 billion) in 2019, 7% of Britain’s commerce with the EU in the same year.

The EU and the GCC do not have a free trade agreement in place, despite talking for over 15 years.