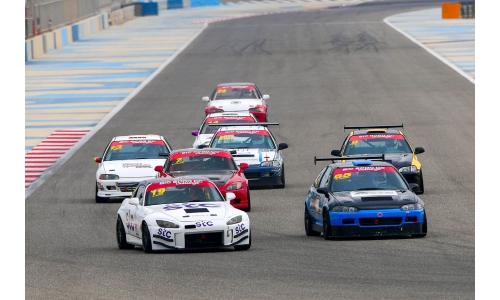 One of the region’s leading national championships is back in action today at Bahrain International Circuit (BIC) in Sakhir.

Round four of the highly competitive BIC 2,000cc Challenge is scheduled to take place between 10.30 am and 4 pm as part of National Race Day at “The Home of Motorsport in the Middle East”.

Being the longest-running circuit racing series in Bahrain, it has become widely popular with competitors who battle it out in two-litre cars.

The 2,000cc Challenge follows simple regulations but is still extremely fun to watch with plenty of bumper-to-bumper action each meeting.

Today’s events will be held along BIC’s 2.550-kilometre Inner Track. Fans are welcome to attend and will be able to watch the action from BIC’s Batelco Grandstand. Tickets are available at the gate for a nominal entry fee of BD2.

Tickets are BD1 for children aged 12 and under.

Attendees should note that the green shield, as shown on the BeAware App, must be presented on entry.

Children under 12 are permitted entry when accompanied by a qualifying adult.

A grid of about a dozen drivers is returning for the meeting, which ushers in the second half of the seven-round 2,000cc season. They will be battling it out in the Challenge’s Pro and Novice classes.

Amongst the leading participants in the series’ top-tier category is defending champion Raed Raffii, who won both races in round three behind the wheel of his Honda S2000 contender.