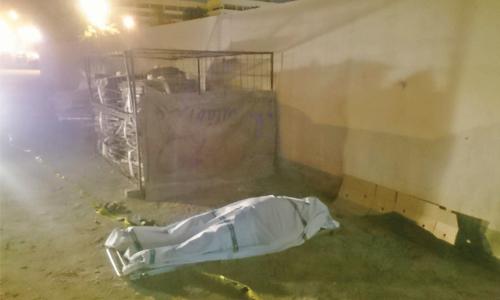 The body of an Asian found from the Capital Governorate yesterday.

The man was found lying motionless at a yard opposite Salmaniya Medical Complex at around 11pm.

Police immediately reached the scene and confirmed the man’s death.

Initial details indicate that the death was due to normal causes, as no injuries were visible on the body.

An investigation has been launched into the incident.

Proposal to set up central market in Northern Governorate rejected