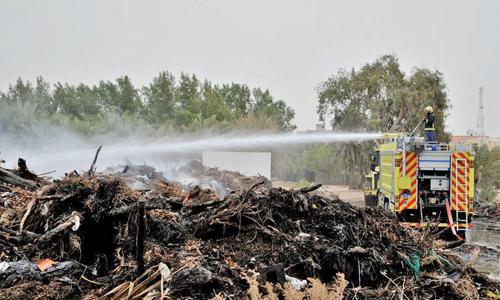 Proposal to set up central market in Northern Governorate rejected

A proposal to establish a central  market on Budaiya Highway was rejected by the government recently.

The proposal, submitted in January by MP Jalaj Kadhem Al Mahfoudh, demands the government to set up a central market in an allegedly neglected land owned by Works, Municipalities Affairs and Urban Planning Ministry.

The land is commonly known as the eastern farms of Agriculture and Marine Resources Affairs in the Northern Governorate, located near the Botanical Garden between the villages of Budaiya, Diraz and Bani Jamrah.

The MP’s demand followed a destructive blaze that erupted there in the beginning of the year.

He called upon to utilise the “neglected” land to serve the people of the area, by establishing a market that sells meat, vegetables, fruits, fish and poultry.

“Northern Governorate has the largest population compared to the other areas in the country and establishing the market will reduce the current pressure on Jidhafs and Manama central markets,” he stated.

The ministry had stated that the seven-hectare land contains a variety of local palm and fruit trees and was used by many local farmers and residents for agricultural activities.

Justifying the recent rejection of the proposal, the ministry stated, “The land is the only site to carry out agricultural experiments in the country and contains a metrological centre. It’s a very important site for the government.”

As reported earlier, it took eight hours for six fire-fighting vehicles of Civil Defence to finally douse the fire that erupted there on January 9.

Works, Municipalities Affairs and Urban Planning Minister Essam Khalaf, who visited the site the next day, had demanded an immediate probe into the incident.

The results of the Civil Defence investigation later showed that the fire was intended and an act of vandalism.

The Lure of Louvre