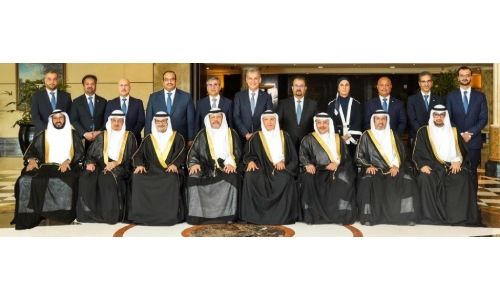 Close cooperation between the workforce and management proved significant in enabling GPIC to overcome the challenges posed by the COVID-19 crisis in 2021, said GPIC Chairman Dr Al Sharyan.

The pandemic, he said, failed to produce any significant challenges to GPIC, thanks to an effective response in mitigating the infections among the workforce.

“GPIC continued implementing flexible policies and procedures to ensure the sustainable operations, whilst putting the safety of its workforce as their number one priority.”

“This ensured that the operations were unaffected, especially considering the importance of the Petrochemical and Agri-Nutrient Industry and its connection to food security.”

Operational milestones The President of GPIC, Yasser Alabbasi, said GPIC witnessed a 7.7% increase in production compared to the production budget for 2021.

“This represents an increase of 1.1% and excludes the expenditure saved due to postponing the Major Turnaround originally scheduled for 2021 into 2022.”

Plant Operations achieved a growth of 9% in product export compared to the export plans of 2021, representing an increase of 1%, which excludes the Major Turnaround expenditure.

“This resulted in reducing the total cost of energy as well as GPIC’s carbon footprint,” he added.