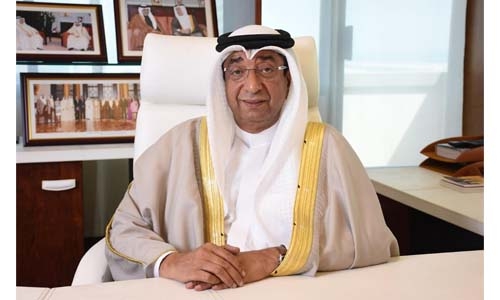 Bahrain Chamber of Commerce and Industry Chairman Sameer Nass voiced pride in the fundamental role of Bahraini women in the development march of the Kingdom of Bahrain.

He hailed the contributions of Bahraini women and the pioneering role of the Supreme Council for Women headed by the Wife of His Majesty the King Her Royal Highness Princess Sabeeka bint Ibrahim Al Khalifa in empowering women.

Bahraini Women’s Day is celebrated on December 1st every year.

Nass commended His Majesty King Hamad bin Isa Al Khalifa and His Royal Highness Prince Salman bin Hamad Al Khalifa, the Crown Prince and Prime Minister, for supporting women and empowering them to play a fundamental role in the development march of the country.

He extended his congratulations to all women and the people of Bahrain.

Nass reinstated pride in Bahraini women holding leadership positions both in the government and private sectors.

He said that women constitute the majority of members of the Bahrain Chamber. Bahrain Chamber has women members on its board, committees, administrative, and executive body