1,410 car parks set up in Bahrain governorates | THE DAILY TRIBUNE | KINGDOM OF BAHRAIN 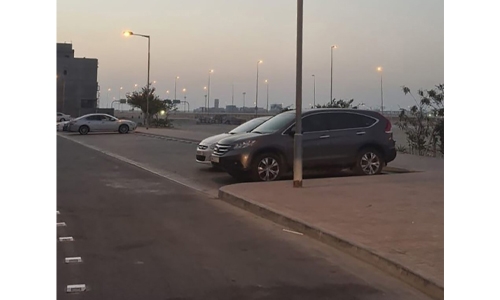 The Ministry of Works, Municipalities Affairs and Urban Planning has successfully up car parks in various areas and residential complexes in all governorates of the Kingdom of Bahrain.

Since the beginning of this year, it has already set up 1,410 car parks around the country at a cost of about BD282,000. Around 310 car parks were established in the Capital Governorate, 300 in Muharraq, 510 in the Northern Governorate, and 290 in the South. Last year, the ministry set up 1,730 car parks distributed over the four governorates.

The ministry pointed out that it is working, in partnership with the municipal councils, to implement many projects to achieve a common goal, which is to ensure the provision of infrastructure services to all citizens and residents in the Kingdom. It is within the government’s work programme aimed at developing urban areas in a sustainable manner.

The goals of providing car parks are to increase the capacity of the roads, streets and neighbourhoods of those governorates and to reduce traffic congestion due to wrong parking by some drivers.

The ministry indicated that, in cooperation with the General Directorate of Traffic, it has started exempting residents of residential areas from fees for parking meters located in their areas.

She pointed out that this mechanism is based on the issuance of a special sticker for residents, which is placed inside the vehicle so that it is clear to traffic officers and contains the vehicle number, residential address and the validity period of the sticker.

The responsibility for providing car parks is not limited to the Works Ministry only, as private real estate owners are also required to provide car parks, according to the construction and organisational requirements issued by the Urban Planning Affairs.

The ministry is also urging investors to construct multi-storey parking buildings to contribute to reducing the parking shortage crisis in some areas, which include commercial activities and high population density, such as the capital and Muharraq Governorate.