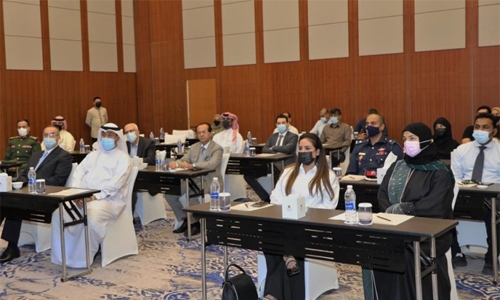 Bahrain is keen to exert all efforts and back the international community to protect the environment from the severe damage caused by the depletion of the ozone layer due to chemicals and refrigerants.

This was emphasised by Special Envoy for Climate Affairs, Dr Mohammed bin Mubarak bin Dainah, the Chief Executive of the Supreme Council for Environment (SCE), as he patronised yesterday the opening of the fourth Forum for the Protection of the Ozone Layer.

The event was held in conjunction with the International Day for the Preservation of the Ozone Layer that is celebrated annually on September 16 and is observed this year under the theme “‘Montreal Protocol — Keeping us, our food, and vaccines cool”.

Dr bin Dainah pointed out the measures taken by SCE to cope with technological development according to the best global practices. He added the set of national legislations launched by SCE in this regard are within the framework of the kingdom’s commitment to the requirements of the Vienna Convention for the Protection of the Ozone Layer and the “Montreal Protocol on Substances that Deplete the Ozone Layer”.

The Fourth Forum for the Protection of the Ozone Layer was organised by SCE over four days at the Gulf Hotel’s Convention Hall with the participation of more than 120 parties from different sectors.

It featured intensive workshops aimed at raising awareness of governmental and non-governmental institutions of the importance of the national legislation launched by SCE to preserve the ozone layer.

The forum also comprised an exhibition showcasing the latest technologies used in recycling gases depleting the ozone layer. To promote the concept of protecting the ozone layer, the SCE launched a number of competitions and cultural programmes targeting all age categories of the Bahraini society.