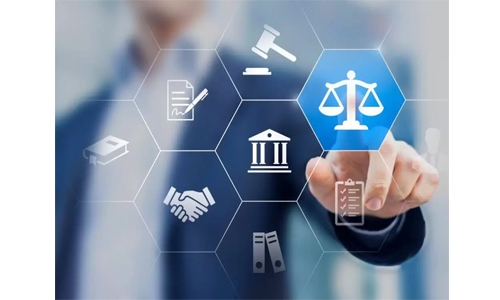 From now onwards, companies in the Kingdom, except for joint venture companies, should have their articles of incorporation and all amendments both in English and Arabic and documented by a notary, without which their contracts will become void.

The move is according to a new set of amendments approved by His Majesty King Hamad bin Isa Al Khalifa yesterday in the Commercial Companies Law.

Articles of incorporation are a set of formal documents that establish the creation of a corporation. It generally contains pertinent information, such as the firm’s name, street address, agent for service of process, and the amount and type of stock to be issued. One of the amendments also focuses on the remuneration of the chairman and board members of a company.

Remuneration not above 10% of profit

According to Article 188, starting now, the total remunerations for chairman and board members cannot exceed 10% of the net profit after excluding legal reserves and distributing a profit of not less than 5% of paid-up capital.

The changes also allow the general assembly to distribute an annual remuneration to the head of the company and board of directors in years when a company is not making a profit or distribute profit to shareholders. Such a decision, however, will need the consent of the concerned minister of trade affairs.

The board of directors should declare all rewards received by the chairman and other members separately in a comprehensive report to the General Assembly during the fiscal year.

The report should furnish benefits, privileges, share in profits, attendance allowance, representation allowance, expenses, etc. The board should also submit a statement on what they receive as employees or administrators in return for technical, administrative, consulting or any other work.

The new decision also states that the report thus filed should include all statements of all remunerations obtained by the executive management during a fiscal year, including salaries, benefits, shares, and profits following the controls determined by the executive legislation.

The board of directors should also, within six months from the end of the fiscal year, send the ministry a copy of its budget, profit and loss accounts, annual and audited reports or any other data required.

The move, Article 244 says, is to verify the compliance of a company with the provisions of the law, the soundness of its financial position, and tax compliance at the national and international level.

The article also authorises the ministry to request any financial data, documents, reports or additional information it deems necessary. According to Article (286) (c), managers much provide the concerned ministry, within six months from the end of the fiscal year, a copy of the balance sheet, profit and loss account, annual report, and an audited report duly signed and stamped.

The amendment also replaces several phrases in the law. The changes take effect upon its publication in the Official Gazette.