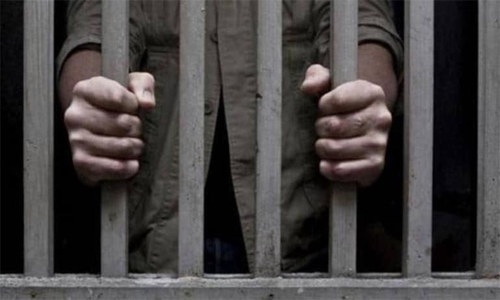 Two Asian men who swindled a woman out of BD2,000 after deceiving her to expose her bank account information have had their jail terms reduced on appeal.

The pair were earlier sentenced to seven years behind bars each, followed by deportation. However, the High Appeals Court reduced their jail time to five years in prison each.

They were also fined BD1,000 each. The accused are said to have posed as officials serving in a local exchange company, and they requested the woman to reveal her bank card details through a phone conversation. They threatened that her card will be deactivated in the event she doesn’t collaborate with them, so she decided to meet their request.

Her decision has backfired on her as the culprits used the information to withdraw BD2,000. She directly informed the Anti-Economic Crime Directorate about the incident. To her luck, the two were arrested.

However, one of them denied involvement in scamming the victim, stating that he was serving in a local car workshop and his friend came to him and requested him to download a financial programme.

“He then told me I would receive two text messages. He requested me to register the information in the text messages and re-send it. He offered me BD100,” the first suspect said.

His co-suspect had another version of events. “I received a phone call from an unknown man and he told me that he transferred BD2,000 to my account by mistake.

And he requested him to transfer the money to another person living outside Bahrain in return for BD100. And I requested my friend to do that because he was in need of money,” the co-suspect said.