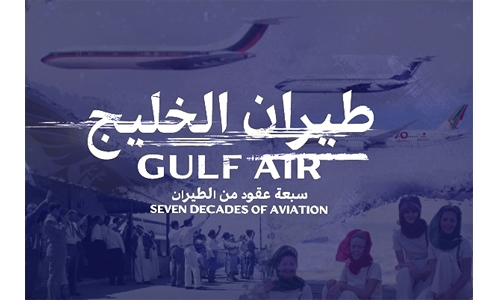 Gulf Air, the national carrier of the Kingdom of Bahrain, has released a special documentary about the airline’s history and 70 years of aviation in the region. The one-episode, 20-minute documentary takes the viewers on a journey from the establishment of Gulf Air in 1950 throughout the 7 following decades until its 70th anniversary in 2020. The documentary features prominent figures from the Kingdom of Bahrain who were part of the airline’s history or were linked to its evolution at different stages and eras.

Interviews were conducted with:

· H.E. Capt. Abdulrahman AlGaoud, Ambassador of the Kingdom of Bahrain to the Republic of India and Gulf Air’s First Bahraini Captain

Various topics were discussed and memories were shared by the participants of the documentary that were focused on Gulf Air’s reflection on Bahrain’s identity, the idea of forming an airline based in Bahrain, the Gulf Aviation days, the involvement of the British Overseas Airways Corporation (BOAC), GCC states joining the airline, Bahrain’s and Gulf Air’s leading the way for many ‘firsts’ and how Gulf Air highlights the Kingdom on the global map as a carrier of culture and growth.

Upon the release of the documentary, Gulf Air’s Acting Chief Executive Officer Capt. Waleed Abdulhameed AlAlawi said: “Gulf Air has come a long way since its establishment as Gulf Aviation in 1950. Today it is the national carrier of the Kingdom of Bahrain and it connects the island with many parts of the world. Gulf Air is a key asset to Bahrain’s economic wheel as it contributes to its GDP in various forms such as inbound tourism traffic, transit traffic, imports and exports cargo as well as promoting Bahrain on a global scale through major sponsorship and events”.

The documentary is available to watch on Gulf Air’s YouTube channel and social media platforms and will also be available for viewing on-board Gulf Air flights and on Bahrain’s National Television.