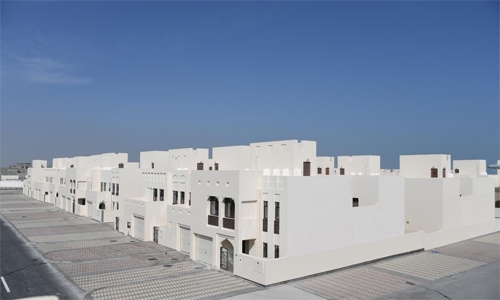 Housing beneficiaries in the Kingdom are to get more freedom on their units for making modifications and additions. Up for change are laws requiring a 15 year waiting period for structural modifications and the need for signing a pledge accepting responsibility for damages, amongst others.

Al-Ayam, citing unnamed sources, reports that the discussions are between the Ministry of Housing and the Ministry of Works, Municipality Affairs and Urban Planning and various municipal councils.

The move aims at amending the building permit regulations to allow housing beneficiaries to make physical changes without compromising the structural integrity of the building.

The report says that the ministry is cancelling a 15-year waiting period for structural modifications after signing an agreement or issuing an ownership certificate.

Besides, housing beneficiaries could now add external structures without exceeding 10% of the total plot area to their units. They are free to build on the front border of the land, given the length of the facade and the roofed car parking together not exceed 40% of the property’s frontage. The height of the new construction also should not go above the first floor and should match the facades of other units.

AlAyam report also says that the Ministry of Housing is cancelling the requirement for a beneficiary to sign a pledge of responsibility for damages that might occur to a house during a construction process.

Instead, the ministry agreed to accept a proposal by the municipalities to commit to engineering drawing from an accredited engineering firm for constructions that affect the facades and load-bearing walls and columns inside rooms.

The ministry, the report says, agreed to a proposal regarding side and rear setbacks. The new decision allows adding facilities to the original unit from the side or rear after leaving at least 1.50 metres, but through an accredited engineering firm.

The ministry also agreed to preserve the original front setback of housing units. However, it is now permissible to reduce the setback to 3 meters if the existing area is more than 3 meters from the land border of the front overlooking the street or road. The ministry also clarified that upper projections above the ground floor are permissible up to a maximum of 1.20 meters, which requires necessary engineering approvals.

The ministry called on beneficiaries of housing units to adhere to the construction requirements, stressing the need to obtain permits for expansion without harming the structural integrity of the housing units and the safety of the residents.

The ministry said that it is keen to include all requirements necessary to ensure the quality of housing for citizens, which takes care of the possibility of expanding the units without violating their integrity or the general view of the projects.

The constructions, the ministry said, should follow the latest building techniques and components while warning that unplanned and random changes will harm the quality of the cities and their general view.

Expansion models ready for beneficiaries to choose from

The ministry said that it had taken steps to ensure the right of the beneficiaries to expand them in a manner that guarantees the safety and quality of the units by providing them with several models of expansion at the time of handing over itself.

“This will provide the beneficiaries several options to expand their units by using the model that safely suits their needs, and not exceeding 30% of the housing unit area,” said the Al Ayam report.

“These amendments amid at giving beneficiaries the necessary flexibility to expand their units according to their needs, without violating construction requirements,” the ministry said.

The ministry also shed light on the wrong engineering practices in housing units that led to developing cracks in the walls, creating water leaks, fires sparked by illegal electrical connections, and blockages in sewage and rainwater drainage networks.

The ministry has earlier launched an awareness campaign calling on beneficiaries of housing units to obtain necessary permits before starting expansion and additions work on housing units, after considering architectural requirements, setback, height and building area