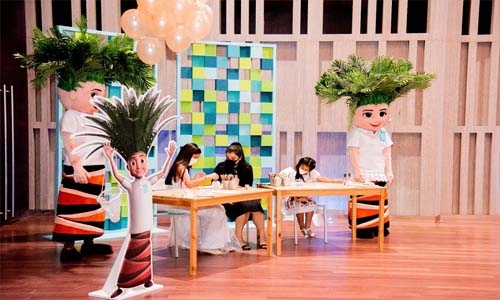 The Bahrain Authority for Culture and Antiquities (BACA) announced today that the Bahrain Summer Festival’s 13th edition will be held online throughout July.

"We are returning this year to the Bahrain Summer Festival again, and we are closer to our audience, despite the distance created by the conditions of the global health crisis, but we are determined to convey our message that our cultural seasons are sustainable and our projects are continuing," said HE Sheikha Mai.

“Since the beginning of the crisis, we have been investing in our technical tools to move the cultural movement to the virtual world and keep in touch with the public, not only in the Kingdom of Bahrain, but around the world, and accordingly we organized the Summer Festival for the second time in a row via the Internet, which is not limited by geographical borders.”

HE Sheikha Mai also pointed out that, every year, the Bahrain Summer Festival is a model for cooperation between various parties to make cultural work successful, and thanked the embassies and public and private institutions that contributed to enriching the festival program this year too.

She also thanked the supporters of the 2021 Summer Festival and the cultural team, stressing that its success was the fruit of teamwork.

Meanwhile, HE Sheikha Hala said that BACA believes in the importance of continuing cultural work despite the circumstances, as culture today is the hope that the world needs to recover from the effects of the health crisis.

She pointed out that the Bahrain Summer Festival was the fruit of the cooperation of many parties.

She also noted that this year the festival will present a variety of activities through the online platforms of BACA, including performances, concerts from around the world, and workshops in various creative fields.

The press conference witnessed the participation of a large number of embassies in the Kingdom of Bahrain, as well as several ambassadors and representatives of diplomatic missions, who expressed their support for the cultural movement in the Kingdom of Bahrain and their happiness for their continued participation in the Bahrain Summer Festival, which contributes to strengthening bridges of civilizational communication between the Kingdom and various countries of the world. Nakhoul's former star Turki Nawaf also performed in a musical.

The 2021 edition of the Bahrain Summer Festival coincides with this year's program of BACA, entitled "Pearl's Path", and will be held between July 1 and 31.

The public can follow the festival’s activity through the social media channels at the address @Nakhoolbah.

All details of the activities of The Bahrain Summer Festival and the dates of their presentation can also be obtained on the website www.culture.gov.bh.

The events will be shown on the Bahrain Summer Festival YouTube channel.

As is every year, the Bahrain Summer Festival includes a rich and varied cultural program of events and activities that suit different ages and tastes.

The events range from theatrical, musical and artistic performances, in addition to workshops, cooking shows and entertainment, as well as the Nakhool Star Competition.

The audience can also participate in a series of competitions on the sidelines of the play every Monday and Thursday, in addition to several fun and educational activities and games on the website www.culture.gov.bh.

The workshops offered by the Bahrain Summer Festival vary between short story writing workshops between July 3 and 6, which will be a window for the children present to participate in this year's Nakhool Star competition.

There will also be workshops in the field of music and arts. This summer, the festival also presents cooking workshops from several countries around the world, as it is a window to learn about the cultures and civilizations of other peoples.

BACA extended its thanks and gratitude to the participants in the Bahrain Summer Festival 2021, including the Ministry of Interior, which participates in the festival through the police band and Watani magazine.

They also thanked the National Institute for Human Rights for its participation in the festival with educational activities for children, and the Supreme Council for the Environment.

The authority also thanked everyone who contributed to the success of the Bahrain Summer Festival this year, including the authority's cadres and employees, and the artists and creators of workshops and activities.