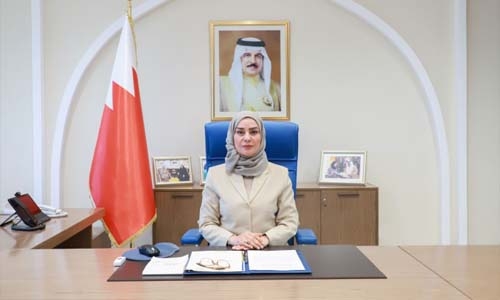 What His Majesty King Hamad bin Isa Al Khalifa addressed about food security, has produced a balance that is witnessed during the COVID-19 crisis when national capabilities were accessible to all, said Bahrain Parliament speaker Fawzia bint Abdullah Zainal.

She was participating in the “Strategies of Achieving Food Security: Challenges and Opportunities” forum organised by the Bahrain Center for Strategic, International and Energy Studies (Derasat).

The speaker confirmed that Bahrain was taking a safe stable path during exceptional circumstances under the leadership of HM the King and his insightful visions, accurate future outlooks and theses, which made the country stable and continue to develop and prosper.

She praised the efforts of the government headed by His Royal Highness Prince Salman bin Hamad Al Khalifa, the Crown Prince and Prime Minister, in achieving food security and translating the aspirations of HM the King, to implemented national food production projects, such as allocating spaces for fish farming and plant production, developing national capacities in the field of food industries and raising the percentage of national production.