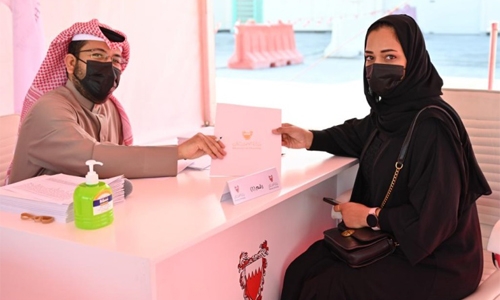 Housing Ministry Assistant Undersecretary for Policies and Housing Services Dr Khalid Al Haidan announced the distribution of apartments project in Salman Town to the beneficiaries.
This came in implementation of an order by His Royal Highness the Crown Prince and Prime Minister Prince Salman bin Hamad Al Khalifa to distribute 5000 housing units.
Dr Al Haidan confirmed that the Salman Town apartments project is one of the main projects of the ministry following the royal order of His Majesty King Hamad bin Isa Al Khalifa to build 40,000 housing units.
He added that the buildings of this project are unique for their coastal location, as well as their interior design, which is part of the modern designs of the fifth generation of residential buildings that the ministry is implementing in new housing cities and housing complex projects in the Kingdom's governorates.
The assistant undersecretary emphasized that the step of distributing the certificates of entitlement represents new acquisition. This meets the requests of ownership apartments for a large number of citizens, indicating that this project will reduce the number of applications on the waiting list.