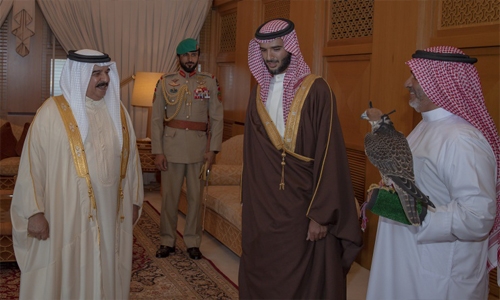 HM the King thanked the BDF Commander-in-Chief, expressing appreciation of the bird. He also stressed the importance of preserving the hobby of hunting with falcons, being a Bahraini tradition inherited from the forefathers and a hobby that gained the interest of the Bahraini people throughout history.