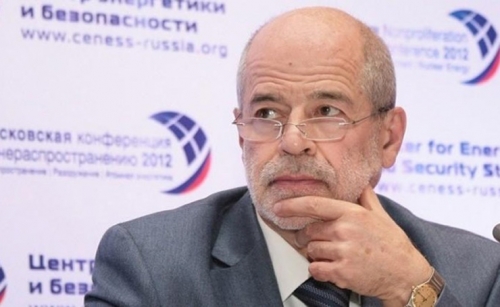 A prominent Russian scholar described Bahrain’s declaration of peace with the State of Israel as a sovereign decision, adding that no other country has the right to oppose it.

He said that he had spoken with many of his friends among the Palestinian leaders and advised them not to react extremely to the Kingdom’s move by withdrawing their ambassador from Manama or launch a media campaign against Bahrain and the UAE”, he said.

“Although this accord is the second after the UAE agreement it will however boost the standing of Bahrain as an advocate of peace between the GCC member states and the State of Israel”, said Naumkin, a scholar of Central Asia and the Middle East, Member of the Russian Academy of Sciences.

He said that the Kingdom of Bahrain led by His Majesty King Hamad bin Isa Al-Khalifa has a network of regional, international, Arab, and Islamic to promote the goals of peace in the Middle East.

He said that the region in a dire need for peace which would put an end to decades of wars, bloodshed, destruction, mayhem, hatred, rancor spanning two Palestinian and Israeli generations which prevented them from achieving economic, scientific, social of security progress.

He said that the two entrenched sides have to embark on such historic breakthroughs and make defining decisions that prevent wars and cultivate peace.