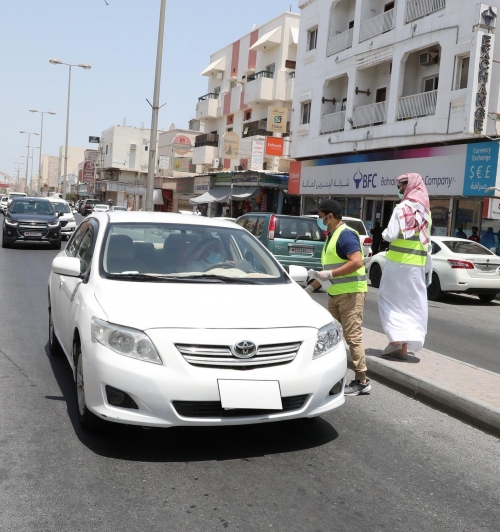 The Southern Governorate is stepping up its “Your Safety in Summer” campaign under the auspices of Southern Governor His Highness Shaikh Khalifa bin Ali bin Khalifa Al Khalifa. It comes in implementation of the recommendations of the security committee, with the aim to enhance awareness amongst citizens and residents of the importance of following all safety guidelines during the summer season.

The Southern Governorate Social Programmes and Community Affairs Department director Mohamed Hassan Al Faw said that the campaign is being held in partnership and cooperation with the Southern Governorate Police Department and a number of Ministry of Interior security departments, and that it comes within the governorate’s efforts to maintain the safety of all members of society.

A team of officials conducted an awareness tour, during which it distributed flyers with guidelines related to safety requirements during the summer. They also distributed cold water and juices to workers in order to alleviate heat stress and to make them aware of the importance of drinking plenty of fluids during the hot summer months

Man who beats HIV once dies of cancer