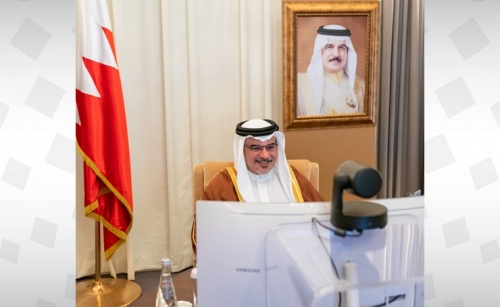 Oil revenue decreased by 35 per cent and non-oil revenue fell by 13 per cent YoY as a result of economic contraction driven by the coronavirus (COVID-19), and the waiving of government service fees. The results showed discipline in total expenditures according to the budget and a decrease in recurrent expenditures compared to 2019.

As a result, the BD798 million deficit indicated in the biannual financial report for the first half of 2020 was an increase of 98 per cent, in comparison to 2019. The Cabinet also reviewed Bahrain’s final annual accounts report for 2019.

Bahrain has recorded a favourable variance of 3.1 per cent, with BD2,902.4 million in revenue collected, exceeding the budget target of BD2,815.7 million, while expenditure amounted to BD3,586.1 million, only 0.82 per cent above the budgeted BD3,556.8 million.

In line with the Fiscal Balance Programme, the Kingdom recorded a budget deficit of BD683.7 million in 2019—BD57.4 million or 7.7 per cent below the forecasted deficit of BD741.1 million, which reflects the programme’s success. Furthermore, Bahrain’s real GDP grew by 1.8 per cent, in parallel with the programme’s implementation.

Meanwhile, the Cabinet reviewed a report presented by the Deputy Prime Minister and Ministerial Committee for Financial and Economic Affairs and Financial Balance chairman on the committee’s work carried out throughout the first half of 2020.

The Deputy Premier confirmed a total of 22 meetings were held, during which 67 topics were discussed, including the committee’s 2019-2022 priorities, Bahrain’s BD4.5 billion initial and subsequent economic stimulus packages, reducing ministerial operation expenses by 30 per cent, and the implementation of the Fiscal Balance Programme.

Also during the meeting, the Cabinet expressed its admiration of the speech given by His Majesty King Hamad bin Isa Al Khalifa for Eid Al Adha, and praised HM the King’s support for the government’s response to COVID-19, which has successfully minimised the human and economic impact of the pandemic.

The Cabinet also praised the royal directives enacted to provide urgent relief aid to Lebanon, expressing Bahrain’s full solidarity and support for the country’s people following the explosions in Beirut. The Cabinet extended its congratulations to the Custodian of the Two Holy Mosques King Salman bin Abdulaziz Al Saud, and the Saudi Crown Prince, Deputy Prime Minister, and Minister of Defence Prince Mohammad bin Salman Al Saud on the success of this year’s Hajj and for taking exemplary health measures during these unprecedented times. The Cabinet also congratulated the UAE president, the government and people for the successful operation of the Barakah nuclear power plant.