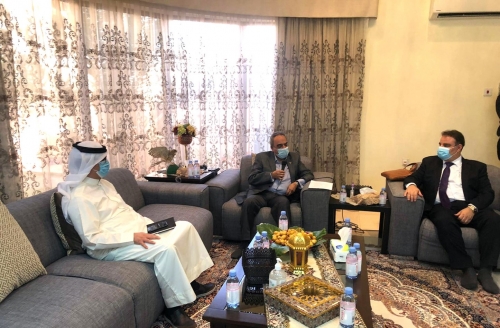 During the meeting, the lawmaker and Muharraq Municipal Council member Fadel Al Oud reviewed the needs related to some sites in the two villages, where residents were looking to achieve a number of projects.

A detailed report was presented to the Works Minister that contained the most important facilities that the villages lack, in addition to the services that require development, including paving certain streets, extending sewage lines, constructing car parks in residential neighborhoods, and establishing public parks for residents.