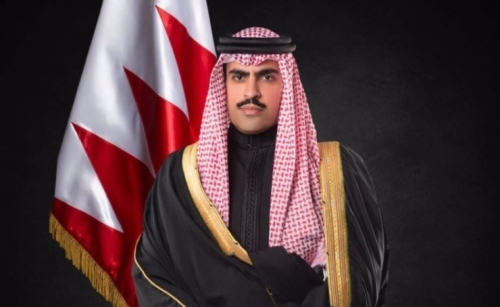 Bahrain’s fight against Iran’s terrorism financing is not simply a battle of ideals waged in the shadows, but also an ongoing campaign for transparency and global stability, the Kingdom’s Ambassador to the US Shaikh Abdulla bin Rashid Al Khalifa has stressed. In a commentary he wrote for US News and World Report, Shaikh Abdulla highlighted how Bahrain is fighting terror through transparent banking laws.

“The US government rightly labels Iran as the world’s leading state-sponsor of terrorism,” he wrote. “Its clerical regime exercises direct or indirect control over most of the country’s largest financial and commercial institutions to allegedly train, finance and equip a global network of proxy forces in the Middle East, South Asia, Africa and Latin America.”

Iran has had historical claims over Bahraini sovereignty and the Kingdom continues to be a target of Iran’s efforts to expand its sphere of influence and hegemony since the revolution, he added. “More ominously, the Iranian regime has consistently used all the tools of its national power to destabilise our nation, which, though territorially small, serves as a critical linchpin in the security architecture of the Middle East,” he said.

In partnership with US agencies, Bahrain recently took down a key node of Iran’s global money laundering network. Future Bank was established in 2004 by two Iranian state-owned banks—Bank Melli and Bank Saderat—and a local Bahraini bank, Ahli United Bank. However, by 2008, the US Treasury Department designated Future Bank as being controlled by an entity linked to Iran’s proliferation of weapons of mass destruction.

The Central Bank of Bahrain (CBB) placed Future Bank under administration following its own investigation into its activities and required time in order to examine the bank’s accounts. Following a comprehensive audit, the CBB found that Future Bank had engaged in systematic and wholesale violations of Bahrain’s banking laws and regulations.

There was widespread large-value international financial activity found to be in violation of anti-money laundering and anti-sanctions proliferations laws of numerous countries, including those of Bahrain. The modalities of Iran’s fraud offer useful insights into how the world’s number one sponsor of international terror operates.