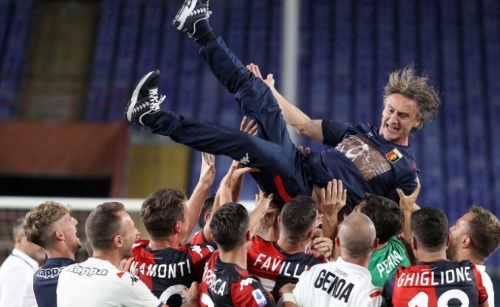 Lecce were relegated from Serie A on Sunday after a 4-3 defeat at home to Parma as the coronavirus-hit Italian top flight season finally concluded. Third-bottom Lecce went into matchday 38 one points behind Genoa, who beat Verona 3-0, and will join previously relegated Brescia and SPAL in Serie B next season. Lecce were trailing on 11 minutes as Fabio Lucioni diverted the ball into his own goal after Hernani had sent a drive against the post.