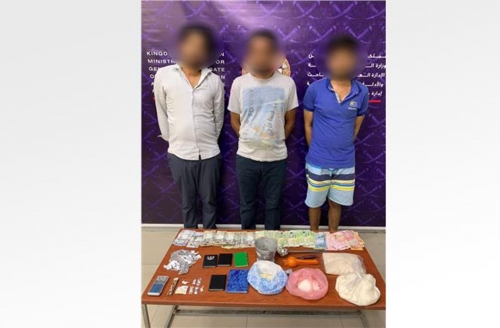 Police arrested three men aged between 28 and 32 years yesterday on the charge of peddling drugs in the Kingdom.

Director-General of Crimi- nal Investigation and Forensic Science announced the arrest of three men who are all Asians by nationality.

Police recovered heroin and Shabu worth BD35000 from the accused.

Thearrestsweremadebased on a tip-off received by the police.

The Director-General said officers also recovered a chemical powered from the men, who were using it to increase the quantity of the substances.

Police also recovered an un- specified amount of money from them.