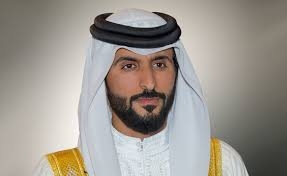 Extending a helping hand during Eid

The move benefits those fea- tured on the Interior Ministry’s ‘Fael Khair’ (Person of Good- will) campaign, launched to help citizens sentenced in financial cases.

This is also the second time HH Shaikh Nasser is directing donations to ‘Fael Khair’ to help citizens, who are unable to pay their fines and dues amid the pandemic.

In June, Shaikh Nasser do- nated BD 330,000 from ‘Feena Khair’ campaign to the ‘Fael Khair’ project to help those suf- fering from financial hardships and who received court verdicts.

The aim is to “extend a help- ing hand to Bahraini citizens who reached a regretful situa- tion because of circumstances that are against their will,” said His Highness Shaikh Nasser, the Representative of His Maj- esty the King for Humanitarian

Work and Youth Affairs, Nation- al Security Advisor and Board of Trustees Chairman of the Royal Humanitarian Founda- tion (RHF).

Shaikh Nasser announced this yesterday in a directive to the Coordination and Follow-up Committee of the campaign, which should be executed in cooperation with the Interior Ministry and the Ministry of Justice, Islamic Affairs and En- dowments.

RHF Secretary-General and Chairman of the Coordination and Follow-up Committee in charge of distributing aid in ‘Fee- na Khair’ campaign, Dr Musta- fa Al-Sayed Al-Ameen, said the directive is to pay the debts and fines of convicts featured in the lists published by the Interior Ministry on the ‘Fael Khair’ (person of Goodwill) campaign application.

“The directives embody HH Shaikh Nasser’s keenness to di- rect the donations of citizens and residents to people in need of them due to the current situ- ation,” said Dr Al-Sayed.

Man gets 3 years in jail for stealing phone, wallet

Bahrain will overcome the crisis