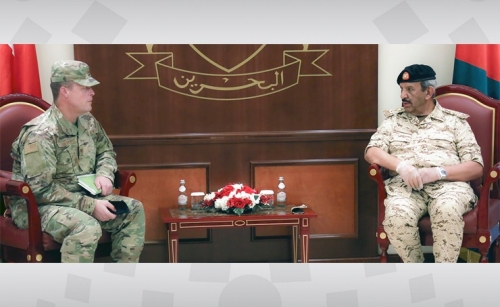 Bahrain Defence Force (BDF) commander-in-chief Field Marshal Shaikh Khalifa bin Ahmed Al Khalifa received outgoing US Military attaché David C Wallin. Wallin introduced his successor John Condol to the commander-in-chief, who welcomed him and wished him success in his assignment and in strengthening relations and cooperation between the two countries.

The commander-in-chief commended Wallin for his efforts throughout his assignment in Bahrain, and expressed his best wishes to him in his future missions.