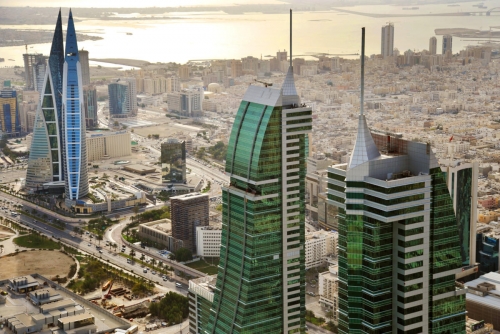 The Philippine Department of Foreign Affairs’ Office of the Undersecretary for Migrant Workers Affairs (DFA-OUMWA) has welcomed and congratulated Bahrain on its latest achievement in being given the Tier One ranking for the third consecutive year in the US State Department’s Trafficking in Persons Report (TIP Report) 2020.

In a statement from Migrant Workers Affairs undersecretary Sarah Lou Y. Arriola, she hailed Bahrain for distinguishing itself as the only country in the Middle East and Northern Africa region to obtain such status.

“Tier One ranking in the TIP Report puts the Kingdom in the elite club of countries, including the Philippines, fully complying with standards on fighting human trafficking and protecting victims of trafficking,” said Arriola, who is also a human rights lawyer and law professor.

“The Philippines lauds this success which is the direct result of the various reforms Bahrain has implemented to address trafficking in the Kingdom, under the wise and visionary leadership of His Majesty King Hamad bin Isa Al Khalifa, His Royal Highness the Prime Minister Prince Khalifa bin Salman Al Khalifa and His Royal Highness Prince Salman bin Hamad Al Khalifa, Crown Prince, Deputy Supreme Commander and First Deputy Prime Minister.”

Arriola noted that Bahrain’s initiatives have tremendously benefited thousands of expatriates, particularly the many Filipinos who have availed of the Flexi Work Permit Programme, which has allowed those who were previously irregular migrants to regularise their status and to find gainful employment legally.

“The Philippines and Bahrain, both given the Tier One ranking by the TIP Report, have advanced bilateral cooperation in labour reform, in creating pathways for the regularisation of migrant workers, as well as in cooperating in the multilateral front, notably in the advancement of the Global Compact for Migration to promote the welfare and interests of migrants globally,” she said.

Arriola highlighted that the TIP Report acknowledges the bilateral cooperation between the Philippines and Bahrain, which has led to the successful arrest, prosecution and, most importantly, conviction of traffickers who lured Filipino nationals to come to Bahrain under false pretexts and turned them into sex slaves.

“This case highlights the importance of cooperation between national governments as an essential element to curb human trafficking,” she said. “Both our countries have likewise taken advantage of legal mechanisms to prosecute trafficking offenders across international boundaries.

“The Philippines therefore commends Bahrain’s efforts not only in the prosecution of traffickers but also in taking care of the welfare of victim survivors.” Arriola cited the case of two Filipino nationals trafficked in Bahrain, who not only obtained justice when their captors were prosecuted and recently sentenced with imprisonment but also received financial assistance through the Trafficking Victims’ Assistance Fund—another innovation of Bahrain.

“These and other successful initiatives of the Kingdom through the Labour Market Regulatory Authority (LMRA), such as the Flexi Permit, the National Referral Mechanism, and the establishment of a Centre for Excellence in fighting trafficking, strongly reflect the Kingdom’s commitment against human trafficking,” Arriola said.

“These are testaments of leadership in the region in protecting migrants and curbing the menace of trafficking in persons.” The Philippines, through its Embassy in Bahrain, is committed to work more closely with the Kingdom, in particular, with the LMRA and the National Committee to Combat Trafficking in Persons (NCCTIP), both chaired by Ausamah Abdulla Al Absi, and to further expand and deepen cooperation to address other persisting trafficking issues, Arriola stressed.

The Philippines looks forward to further advancing migrants’ rights and protecting Filipino migrants in Bahrain. “With our Embassy working closely with the LMRA and NCCTIP, we assured of greater success in all future initiatives to further enhance and strengthen Bahrain’s leading role in the protection of migrants in the region,” Arriola said in her statement.