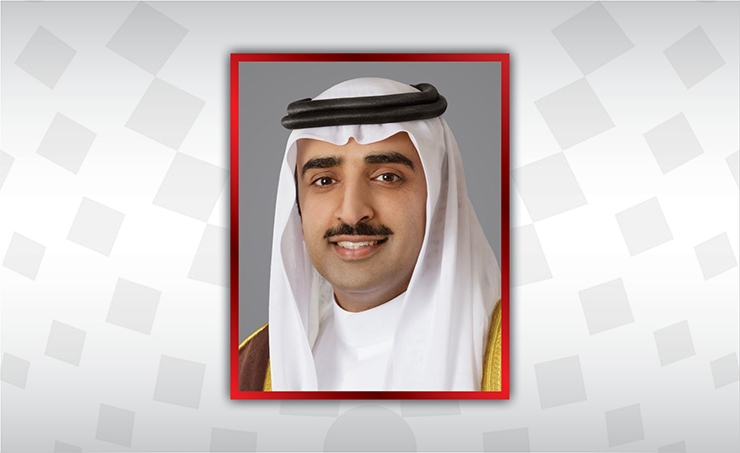 Bahrain’s newly discovered natural gas fields could bring an end to the Kingdom’s dependency on gas imports, said the oil minister. “We may not need to import liquefied natural gas after the reserves that were discovered in the country recently,” said Minister of Oil and National Oil and Gas Authority Board of Directors chairman Shaikh Mohammed bin Khalifa bin Ahmed Al Khalifa.

Shaikh Mohammed was speaking during a virtual meeting organised by the American Chamber of Commerce in Bahrain (AmCham) on the latest developments in Bahrain’s oil sector.

“Talks are ongoing to develop a gas pipeline network with the GCC countries, especially Saudi Arabia, to connect Bahrain to the outside world,” he said. Shaikh Mohammed noted that linking Bahrain to the rest of the globe will have positive results at various levels, especially on the expansion of oil and industrial projects.

“What we need at this time is flexibility, wisdom and good planning as nations all over the world are reeling under the pain inflicted by the coronavirus (COVID-19) pandemic,” he explained.

“Global economic activity has come to a standstill, with the virus also threatening the survival of many global markets. “Oil demand has decreased to a level which is unheard of in the modern era and is disturbing the oil industry to the core.

“This undoubtedly will affect the prosperity and growth of oil development projects. Strengthening responsibility and cooperation among oil producers is the only way to help this vital industry survive and prosper.

“The recent decision of the Organisation of Petroleum Exporting Countries (OPEC) to cut production by 10 million barrels per day as of May 1 reflects works in this direction,” the minister said.

Shaikh Mohammed hoped that this global pandemic would soon recede and the economy would flourish again. Bahrain, the minister said, offers tremendous opportunities for investment in its oil sector, whose area is estimated to be 9,000 square kilometres.

Shaikh Mohammed highlighted a recent deal signed with Italian multinational oil and gas company Eni to pursue the exploration of Block One, an offshore area of over 2,800 square kilometres still largely unexplored in the northern territorial waters of the Kingdom.

The operation, the minister said, was due to start in April, but is now postponed due to the virus crisis. “The drilling equipment is fully ready to start,” he said. “In segment four, drilling of the experimental well is completed and has started flowing since last year.

This will be added to the production system very soon, thanks to Halliburton, a US oil field services corporation, which assisted the Kingdom in the project.” Bahrain currently produces about 50,000 barrels of oil per day from the Bahrain field, which was discovered in 1932.

It also gets another 150,000 barrels per day from the Abu Safah field, which it shares with Saudi Arabia. Discovery of Bahrain’s sole oilfield, deep below the country, and the recent technical commissioning of the Kingdom’s new liquefied natural gas facility have buoyed the Kingdom’s hopes to attain self-sufficiency in terms of meeting domestic demand as the country is almost completely reliant on natural gas to meet its own electrical needs.

Meanwhile, on the Bapco refinery modernisation project, Shaikh Mohammed said that 50 per cent of the project is completed for US$6billion and will have a capacity of 400,000 barrels.

The minister added that the project will have a significant positive impact on returns and is scheduled to be completed in the third quarter of 2022. He further expressed the Kingdom’s keenness to enhance its cooperation with others in the field to develop the oil, gas and energy sector in Bahrain.