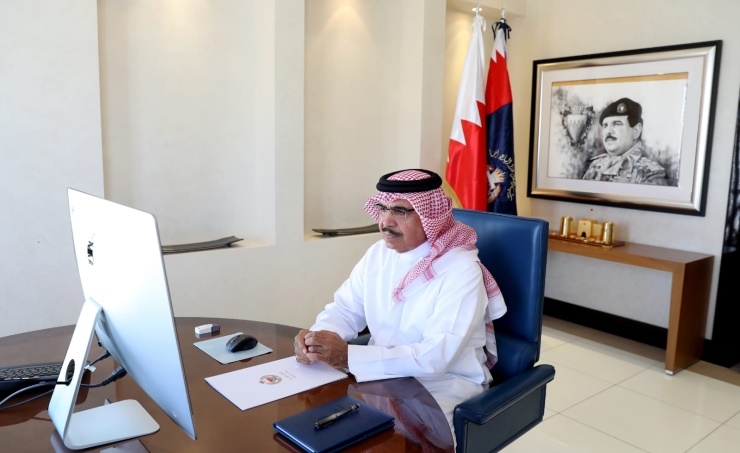 The services, made available by the Information and e-Government Authority (iGA) through its portal Bahrain.bh, aim to reinforce precautionary measures as part of the national efforts against the coronavirus (COVID-19).

The Interior Minister hailed the directives of His Majesty King Hamad bin Isa Al Khalifa to invest in technology in all fields to serve the nation and citizens.

The Interior Minister launched eight e-services, while four others were updated, bringing the total number of e-services to 23 comprehensive offered by iGA through its national portal, smart devices and other e-channels. These services are with great importance in the current situation.

The Interior Minister asserted that the e-services would contribute to achieving performance excellence and better services for citizens. He highlighted the importance of continuing the development and adoption of technology in various initiatives and services, as well as the importance of limiting the need of making personal appearances at services-providing centres.