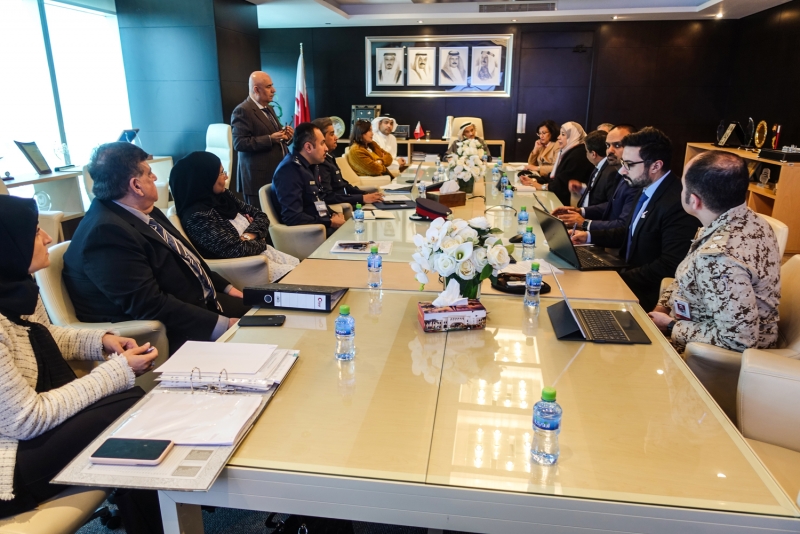 Methods to tackle threats from coronavirus were discussed at a major meeting chaired by the Chairman of the Supreme Council of Health, Lieutenant-General Dr Shaikh Mohammed bin Abdulla Al Khalifa in the presence of Health Minister Faeqa Al Saleh and other senior Health Ministry officials.

It reviewed the preparations to deal with the disease apart from taking precautionary measures with regard to granting visas for foreigners who had visited China within 14 days before entering the Kingdom.

It also reviewed the readiness to quarantine patients if at all required.

The meeting also discussed the appointment and equipping of emergency teams to handle cases in all hospitals and Bahrain International Airport and ports, evaluation and follow-up of protocols taken towards citizens and residents of the People's Republic of China and follow-up of the latest developments at the local, regional and global levels, and the need to investigate the facts and communicate the latest developments to the public.

Xi, also general secretary of the Communist Party of China (CPC) Central Committee and chairman of the Central Military Commission, specified the requirements at the 12th meeting of the central committee for deepening overall reform, which he chairs.

Noting that safeguarding people's life and health is a major mission of the Party in governing the country, Xi stressed the need to strengthen areas of weakness and close the loopholes exposed by the current epidemic.

Xi said the current fight against the novel coronavirus pneumonia epidemic is a major test of China's system and capacity for governance.

Stressing the need to strengthen legislation on public health, Xi called for the assessment of revising laws and regulations concerning infectious disease prevention and treatment, as well as wildlife protection. He also highlighted speeding up establishing a law on biosecurity, stressing that biosecurity should be included in the system of national security.

The system of treatment for major epidemics should also be improved, Xi said, encouraging the application of digital technologies including big data, artificial intelligence and cloud computing in areas such as epidemic monitoring, tracing virus sources, epidemic prevention and treatment, and resource allocation.