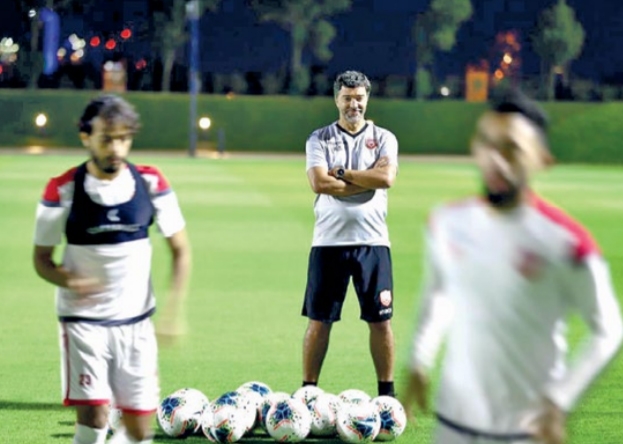 Bahrain have lined up an international friendly match against New Zealand next month as part of their preparations for their joint-qualifiers for the Fifa World Cup 2022 and the AFC Asian Cup 2023.

This was confirmed last night by the Bahrain Football Association. As reported earlier by The Daily Tribune, Bahrain have already set up a tune-up against Malaysia at home on March 21.

They will then take to the pitch once more for another exhibition match on March 30 against the Kiwis. Both games are scheduled for a 7pm kick-off at yet-to-be-confirmed venues. The friendly against Malaysia is being held prior to their qualifying match against Cambodia on March 26, which will be played at home.

That is the first of three remaining games in their Group C qualification campaign. Following that qualifier, the Bahrainis then play Iran in Tehran on June 4, and they will host New Zealand a few days before in preparation for that contest.

It will be the first time Bahrain will be meeting their Kiwi counterparts since the two national teams faced off in late 2009 for one final slot in the Fifa World Cup 2010 in South Africa. It was a heart-breaking defeat for the Bahrainis against New Zealand, as they were just one half away from securing an historic first-ever berth at a World Cup.

After their qualifier against Iran, Bahrain return home to close out this current stage of joint-qualifying against Hong Kong on June 9. Bahrain are currently in second place in qualifying Group C with nine points from five matches. Iraq are currently atop the table with 11 points.

Iran are third with six points but have a game in hand, while Hong Kong are fourth on five points and Cambodia fifth with one. In this phase of the joint-qualifiers, there are eight groups in all, with five nations in each group.

Teams play home and away matches. At the end, the eight group winners and the four best runners-up advance to the third round of World Cup qualifying, and also book their berths in the Asian Cup. Bahrain are currently among the four best runners-up. The next best 24 teams will compete in a separate competition for 12 remaining slots in the Asian Cup. Bahrain national team head coach Helio Sousa has yet to name his squad for the upcoming qualifiers but is expected to do so soon.