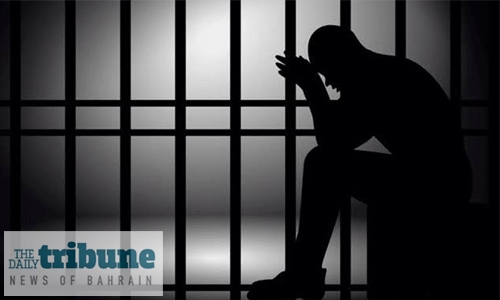 Thirty-one defendants accused in a terror case have been hit with tough jail terms with eight of them receiving life in prison each along with fines of BD100,000 each. Meanwhile, the remaining defendants received sentences between 15 years and three years behind bars each. According to court files, the defendants formed three terrorist cells and plotted to carry out attacks targeting vital areas in an effort to destabilise the country.

Several defendants were held guilty in absentia as they are living in Iran. A few days ago, Chief of Terror Crime Prosecution, Advocate-General Chancellor Dr Ahmed Al Hammadi announced that the first High Criminal Court yesterday issued verdicts against six terror suspects. The suspects were found guilty of joining a terrorist group contrary to the provisions of the law and attempted explosion for terrorist purposes.

They were also charged with possessing and acquiring explosives and materials needed in their manufacture without a license from the competent authority, as well as of training on making and using explosives. The court sentenced five suspects to life in prison, and was handed down a five-year jail term against another. The six suspects were fined BD500 each, and the seized items were confiscated.

According to the case documents, the Public Prosecution was notified by the General Directorate of Criminal Investigations and Forensic Evidence that the fugitive defendants abroad had instructed the suspects in Bahrain to receive money and explosives and use them to target vital economic facilities in the Kingdom of Bahrain. The suspects received the funds and the explosives, as well as the explosives and the materials needed for their manufacture.

The documents also revealed that the suspects had made explosives and monitored a number of banks’ ATMs. Moreover, two of them went to the ATM of the Bank of Bahrain and Kuwait at Shaikh Isa Avenue in Manama, and planted an explosive device inside it. The device, which did not explode, was spotted and seized. While carrying out their acts, the suspects received guidance from and coordinated with fugitive terrorist elements outside Bahrain, the documents also showed.