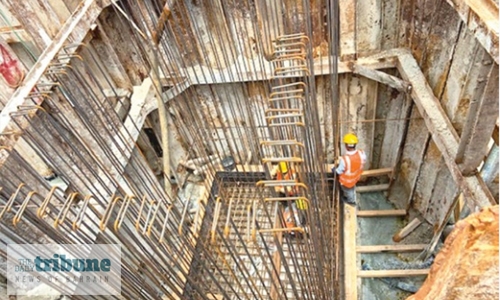 Revenue from the registration of real estate projects has come down by 42 per cent, according to the latest government figures.  In 2019, there has been a drop in revenue from 38 million Bahraini dinars last year same time to BD22m this year, which is a 42pc plummet. Khalid Almaskati, the Chairman of the Committee on Finance and Economic Affairs at the Shura Council, confirmed the drop in revenue, stating that it is not possible to make any concession to anyone regarding real estate registration fees.

It has been announced that real estate transactions related to ownership would not take more than a single working day. Chairman of the Board of the Real Estate Regulation Authority (RERA) and President of the Survey and Land Registration Bureau (SLRB), Shaikh Salman bin Abdulla Al Khalifa had said that more mechanisms are being implemented to further reduce waiting time. There were 6,762 transactions in the first quarter of this year while there were 5,920 transactions last year same time.

Real estate projects in the Seef District and Al Fateh (North Juffair) topped the list of most expensive properties in the Kingdom, according to a recent report. It also showed that properties in the Capital Governorate are also among the most expensive. This also includes areas like Zinj and Mahooz, especially lands in residential area, as the demand for them is very high. As for the cheapest lands offered for sale this year, villages of the Western Areas such as Sadad and Demistan topped the list.

Bahrain Real Estate Society President Nasser Al Ahli said that the prices of lands in residential areas had been noticeably soaring last year. Mr Al Ahli commented that the social housing projects have contributed to the stability of residential lands, pointing out that more investors and developers are interested in investing in such projects. He had observed this stability has made real estate transactions more stable and profitable.

The expert, however, added the local real estate market is now quiet and that the prices of most of lands in residential areas haven’t changed except some of the areas in Muharraq and the Capital Governorate.