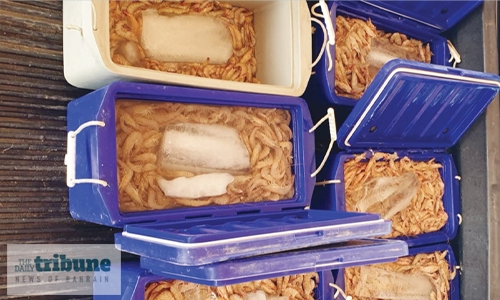 More than 250 kg of illegally caught shrimp were seized by the security authorities, it has been announced. Interior Ministry confirmed in a statement issued on Saturday that the shrimp was caught by trawling, which is a prohibited fishing method in Bahrain for its humongous harm on the marine environment.

The statement read: “The Commander of the Coast Guard announced on Saturday that Coast Guard patrols seized more than a quarter-tonne of shrimps for being caught through trawling, which constitute a prohibited mode of fishing in Bahrain.

“The shrimps were confiscated, and legal action is being taken.” No further information was available.