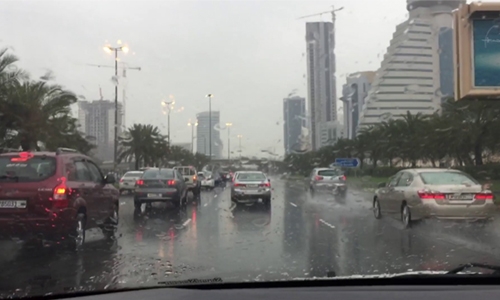 The rains that started battering the Middle East had pushed the authorities here into action with them activating preventive measures all across Bahrain to avoid the risks of heavy rain. Latest reports say the rain has hit several parts of the UAE with its National Centre of Meteorology (NCM) warning unstable weather there in the next few days.

Agriculture and Marine Resources Agency of the Ministry of Works, Municipalities Affairs & Urban Planning said it hopes to avoid water logging issues this time around in the Kingdom. In previous years, heavy water-logging were reported from several parts of the Kingdom.

The government assured that it is now taking more measures to prevent such issues from repeating. Many have raised their concerns regarding water logging in several low lying areas. Spells of showers have caused misery to many in Bahrain last year and earlier this year.

“Harmful plants and waste were removed from the drains,” Al-Mannai said adding that agricultural drains contribute immensely to draining rainwater. Besides, task forces are created to combat the issues that may surface during downpours. The rainy season was a strong point of discussions during a recent meeting of the Ministry with municipal council members.

Ministry officials assured that measures are being taken to avoid inconveniences.

Cardiac centre gets IT power